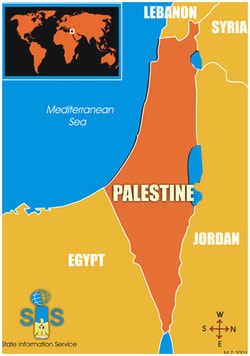 The Palestinian Authority's ambassador to Lebanon has vowed that Palestinian refugees WILL NOT be allowed to return to any Palestinian state that might be established.  In an interview with the Lebanese Daily Star:

Palestinian Bid for Statehood in the UN

Agreements should be respected.

They certainly should be respected in the United Nations.

In September the Palestinian Authority (PA) is expected to violate its agreements with Israel and all the international frameworks for Mideast peace by seeking premature recognition of a Palestinian state in the UN.

Israel remains dedicated to direct negotiations as the only method of resolving the conflict.

Instead, the Palestinian leadership has embarked on the path of unilateral action, preferring to attempt to force their will on Israel through international pressure.

It has long been the dream of the Palestinians to bypass a negotiated settlement, bypass the need for necessary compromises through the application of international coercion on Israel.

a) harms true peace, challenging the most basic principles of Mideast peacemaking.

b) undermines all internationally accepted frameworks for peace, including UN Security Council Resolutions 242, 338, 1850 and the Roadmap for peace. All call for a mutually-negotiated and agreed resolution of the conflict.  All reject unilateral actions.

d) will do nothing to solve the conflict.

e) will intensify rather than end the conflict.

f) will eliminate incentives for the Palestinians to negotiate and compromise.

g) will not settle any of the key permanent status issues, such as borders, Jerusalem and refugees.

i) will allow the Palestinians to continue to avoid taking the important step of mutual recognition, which includes Israel's right to exist as the nation-state of the Jewish people.

a)  the Palestinian Authority currently fails to meet the established legal tests for statehood.

b)  the PA does not pass the test of effective government.

c)  the PA does not rule the territory in question. According to existing agreements, the PA exercises varying degrees of control only over relatively small areas of the West Bank.

d)  the PA does not have effective control over the Hamas-run Gaza Strip, despite the recent attempts at reconciliation among Palestinian factions.
Recognition at this time would constitute recognition of a terrorist entity.


Premature recognition of a Palestinian state would render the negotiating process and the ideals of compromise and dialogue meaningless.

All who desire true peace in this region should reject Palestinian efforts to act unilaterally and forsake the negotiating process.

Only through direct negotiations can a lasting peace agreement be reached.